The Jennifer Bush-Lawson Foundation (JB-LF) received the largest check presented in the DC’s Dancing Stars Gala’s four-year history. The $100,000 donation will aid in the charity’s mission to assist economically vulnerable mothers and infants by working to increase access to maternal and pediatric health care and support. “We are immensely grateful to Maria Coakley David, Jim David and the rest of the DC’s Dancing Stars team for the opportunity to participate in this charity event, and we were floored when we learned that JB-LF would be the recipient of this record-breaking $100,000 donation,” said Jennifer Myers, executive director of the Jennifer Bush-Lawson Foundation, a 501(c)(3) nonprofit. “Through this generosity, we’ll be able to help even more low-income expectant mothers and their babies get a fair start to life.”

The post gala celebration and check presentation event was attended by many past celebrity and corporate dancers including the 2015, 2016, and 2017 Mirror Ball Trophy winners: Matt Shank, President of Marymount University, Krystal Koons, spokeswoman for Jim Koons Automotive Group, and Lola Reinsch, CEO of the E.G. Reinsch Companies. Krystal set a new fundraising record for the gala, raising $115,000 when she competed in 2016.

The main event, which took place on Saturday, November 11, 2017, was hosted by founders Maria Coakley David and Jim David at the Sheraton Tyson’s Corner and featured 9 local Celebrities and 4 Corporate Challenge Dancers. The winner of the Mirror Ball Trophy and $10,000 for her charity, Marymount University, was Lola Reinsch, a commercial real estate developer, and philanthropist currently serving as CEO of the E.G. Reinsch Companies, who raised $60,000 in cash and sponsorships from more than 55 donors.

The winner of the Corporate Challenge, Caroline Coakley of Beautycounter, chose as her beneficiary the Raymond A. Wood Foundation, an organization that provides quality of life support for childhood brain tumor survivors and their families. With the winning $10,000 donation, the organization will be able to provide a handheld blood analyzer to a child suffering from diabetes insipidus. Handheld blood analyzers are hospital grade devices that are expensive, not covered by insurance and difficult to purchase for home use. 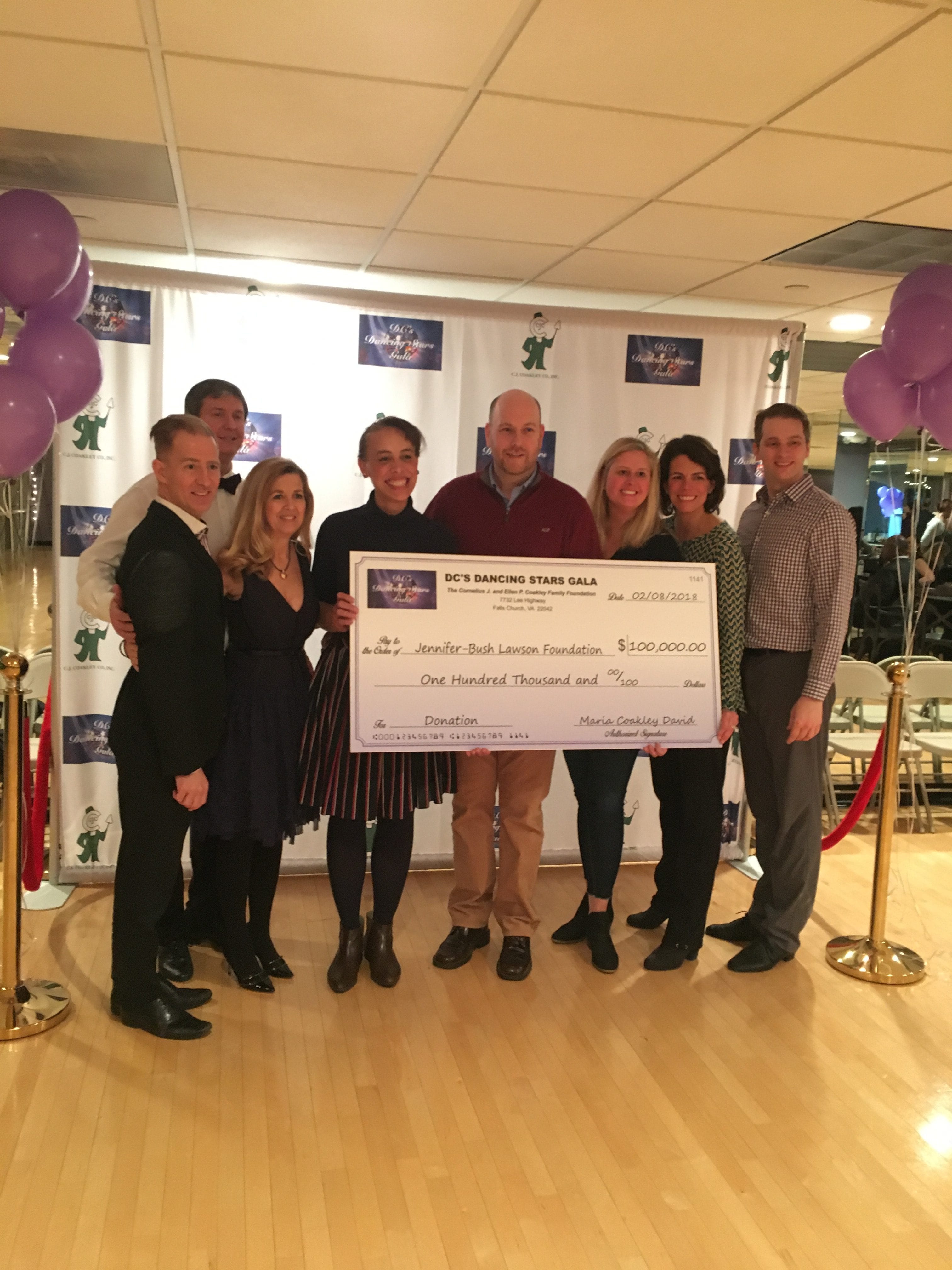 Fred and Fiona support the JB-LF!

Fuzzy blue monsters support JB-LF! We are thrilled to announce that local authors, Renu, Natasha, and Serena Mansukhani are donating a portion of profits from their recently published children’s book to the foundation. 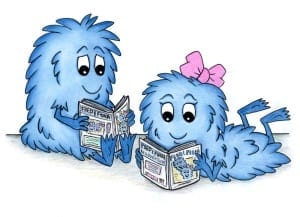 Fred and Fiona: Fuzzy Blue Monsters with Finicky Fur is a silly story, with throwback humor. In their first book, Renu and her daughters introduce readers to twin, friendly, fuzzy monsters with well…finicky fur! What does that mean? They have more fur than they can handle. Find out what happens when they turn their fur trouble into trouble for Mommy. Hilariously illustrated by David Kcenich, this bedtime story is a great read for children and parents alike!

You can purchase on Amazon or other on-line retailers. You can also get more info on Fred and Fiona at www.facebook.com/FuzzyBlueMonsters. If you are in the DMV, and would like an autographed copy at a discount, please e mail fuzzybluemonsters@gmail.com.

The Jennifer Bush-Lawson Foundation is excited to announce that JB-LF Founder Neal Lawson will be lacing up his dancing shoes to raise money for healthy moms and healthy babies at this year’s DCs Dancing Stars Gala!  If you are as excited to see Neal dance as we are, you can vote for him with your donations by clicking here!

Always up for a challenge and learning a new skill, Neal will be trying to raise the most money among local corporate executives and community leaders for the chance to dance as a celebrity in the show on November 5th and raise money and awareness for the Jennifer Bush-Lawson Foundation!! The JB-LF is very proud to be a beneficiary of this fun-filled event!

Held this year on November 5th at the Sheraton Tyson’s Hotel, DC’s Dancing Stars Gala is a fundraising event full of all the fun, glitz and glamour of the hit TV show Dancing with the Stars.  Local DC Celebrities and Corporate Challenge winners learn polished choreographed routines and perform with a professional partner at the Gala in a competition mirroring the television show.  A panel of celebrity judges along with the audience selects the winner who will win the coveted mirror ball trophy and $10,000 for the charity of their choice.  The gala includes a VIP cocktail reception, a sit down gourmet dinner, the competition, live and silent auctions, professional performances, and a live band.